I CANNOT BE INTIMIDATED - Niyola 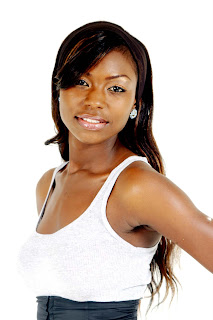 Published in National Mirror in 2006

Music in Nigeria today is big business, but it isn’t that easy. Success doesn’t depend on talents alone, but good management, good looks, luck, among others. While lots of male artistes of this generation are making waves, the female artistes are still coming up and trying to catch up. What’s more, it isn’t easy for them.
Niyola is another addition to the ever increasing number of artistes in the industry, and already she is attracting a lot of commendation. With good looks and a good voice, the artiste who is currently with ‘Westside Music’ Label, is set to storm the music scene with her debut album. Recently, she spoke with Uzezi Ekere on her music and what people should expect.

As an artiste, you are known as Niyola. What is your full name?
I am Eniola Akinbo from Ile-Isha, Osun state.

You are currently on the Westside label. Did you begin your musical career with that label?
No. I used to be with the Trybes. When I left there, I started working with Freestyle’s production outfit, called Make Some Noise. I put out a couple of singles them just to test the waters and the response was good, after then, I got a two album contract with Westside.

So when are we expecting your debut album?
By the end of the year, it should be out. It has fifteen songs in it, and the album is as good as done because we are almost through with all the production. And of course it is a self titled album. Already the first single Call My Name is out and is even on some music charts.

It isn’t easy being in an industry that is very well dominated by males. How do you cope?
Well, I am someone who cannot be intimidated by anything once my mind is set up on something, because I believe in myself. Yes the industry is dominated by the opposite sex, but I have to do what I believe in too, and prove that I can hold my own. Those who know me, know this about me. Somehow I deal with it, sometimes I get through with it. Truth be told, what Satan capitalizes on is your fear. When people see your confidence and faith that you have in yourself, they will back down from whatever they want to do, that isn’t right for you. Even if they persist in their ways, they will find that you are also very persistence in your faith, and they will let you be.

Back to your album, are there other artistes’ voices we will be hearing apart from yours?
Oh yes. I featured others; Ojb Jezerel, who also produced some tracks for the album, Freestyle and Sasha.

Most times, apart from the fact that artistes have contracts with labels, they usually have other plans outside of music. What are yours?
Well, I have quite a lot of things that I want to do but that are on hold for now. Like I intend to go into modeling later on. I also have a passion for acting as well, then I have a flair for fashion. They will just have to wait for now, because I want my singing career to get off the ground first.

Most parents are not every into the idea of their children wanting to go into showbiz. They would rather the children go to school and do professional courses. Did you face such hindrances when you decided to take music up as a career?
Not really. My family has been supportive so far. It was actually my dad who discovered that I could sing. I was eight then. And I used to participate in singing competitions then which of course, my mother bought the forms for me. I was actually forced to do the AMEN competition then because I was ill. They have been supportive.

Are you still in school?
Yes I am. I am presently studying English Language at the University of Lagos and I am in my second year. I have to school here you see, because of my work. I actually have been in the college of Journalism at Ogba, Lagos. I graduated from there and decided to further my studies. So I am a journalist too and one day, I will go into publishing. I have my plans.

Now Niyola, your album isn’t out yet, but music lovers know you as an artiste. You have a name that has preceded your work. So now that this album is finally coming, what should the public expect?
The best and the very best. I can guarantee you that. My album is very diverse and most people have said that it is too foreign, but I am only expressing myself there. There is R & B in it, pop, hip-hop, soul, a little bit of Jazz too. I didn’t leave my culture out of it. You will find it all in my album. I just decided I will give the best and let the public know what I am really about; which is why the album is self titled, in the first place because it brings out the real me. A lot of people don’t know what I am about. They keep hearing the name and keep wondering what she does. So this is my time to answer all their unasked questions.

It is a good thing to have a female R& B singer come into the music industry, as they are almost not existing in the industry. In Rap, there are few ladies making impact. Why do you think that females shy away from the music industry?
A lot of people look down on us for a fact, you see. Some people will take us as people who do not want to go to school, and who don’t have a future. Irresponsible, that is to say. That think it is people like this who go into music. Some people associate going into music as being loose. That if you are into music or showbiz, you are not decent. So putting all these into consideration, most girls shy away from what they want to do, because of the fear of being looked at in a funny way. They think about what people will say, which shouldn’t be so. In the end, you are the only one who can see your vision and your dreams, and you have to fight to make it come true, you have to be strong and focused. Nigeria didn’t just gain independence. We fought for it. So also, these girls have to fight for their freedom. Yes my family supported me, but it wasn’t just as easy as that. I also had to fight for my freedom because I knew more than anyone what I wanted to do and I had to make them realize that.

So now that you are fully in the industry, as a female, are you prepared for the kind of attention people will bring your way?
Truth be told, I can’t say I know what I am going to face, but I think that I have an idea though and I can say that I am very prepared for it. It is easier to handle when you are prepared. And most of all I am a very God fearing person who puts God first, and he will see me through because he will also be with me.

You are under Now Muzik management. How did you get to be working with them? Did the management company come looking for you, or you went looking for it?
I went looking for them. at the time that I just got Westside, I was asked to come with my own management team. I was still working under Freestyle’s production outfit then, and he was the one you took me to Now Muzik, and we started working together.