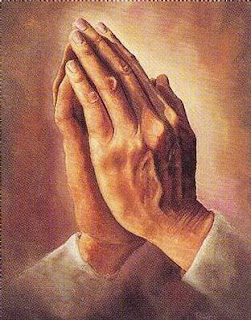 I have missed church and fellowshipping among the children of God in God’s presence.

Yesterday, I was ready on time, though we got to church late, we were in time for the sermon.

When the pastor came out and told us we had a visiting pastor who would minister to us, I frowned, cos I always like any sermon from my pastor.

So the big shot is the zonal pastor from Ikeja and he immediately led us into prayers that were REALLY uplifting, and I apologized to God for almost not accepting His representative. The sermon was about the Hands of God.
Pray for the Hands of God to lift you out of the island of loneliness, of poverty, of failure, of blah, blah, blah …. Because when the hands of God are upon your life, you cannot go wrong. And we were given bible verses to support the mighty Hands of Gods.

To cut a story short, I enjoyed everything, until the last few minutes before the visiting pastor left.
“Is brother Lekan here?” he asked. “Please come forward.” Then he said something that made me think brother Lekan was about to be rewarded for something, because when brother Lekan passed by, I saw this surprised look on his face.

But how wrong I was, or maybe not so wrong. Definitely surprised was I that I was so embarrassed, I couldn’t lift up my head anymore, and definitely not to look at him when the pastor asked him to return to his seat.

The pastor said, brother Lekan is a worker in the church. He transgressed and has to be punished. So he was demoted, and transferred to the zonal pastor’s church where the pastor could keep a close eye on him.

What! We weren’t told what he did, but the bottom line was that he did something that a Christian isn’t supposed to do and was brought before the congregation. We were asked to pray for him, and pray for the Hand of God to take charge of his life.

My heart went out to him. I was confused. I have been enjoying God like never before then this has to happen? Does it mean that what the church has come to is spreading out our dirty laundries in public?

Doesn’t the verse, ‘he who is without sin cast the first stone’ apply in churches? If he sinned, and that sin is known to a few, is it right to bring it in public? What is the lesson? That if you sin and get caught, you will also be brought out for all to see?

I really don’t know. For some months now, I have been enjoying these worships and thinking that I was probably moved in this direction to experience something entirely different from what I am used to as a Catholic. I have been entertaining maybe finally leaving the Catholic Church for the Pentecostal. A lot of people criticize Catholics saying why do they confess their sins to Reverend Fathers.

A while back, a sister went to her pastor for help, when she felt she was under demonic attack, and she too was brought before the congregation for fornicating, and was also demoted from being a worker in the church.

Our problems taken before God’s representatives ought to be confidential, like a patient doctor thing. If things go on like this, there will be no trust, and should one be embarrassed in church, it is a matter of changing churches right? How long can one change churches. We are all in search of love and acceptance from God and shouldn’t be made outcasts.

And this year alone, I have gone to church more times than I went through out last year, and I really think our relationship has improved.

Please God, help me. I don’t know what to think anymore. I am also a sinner. Have mercy on me. I do not want to be brought before a congregation if caught in the act of sin.