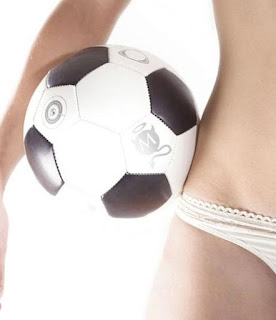 I am so sad. So fucking sad! I don’t know why this has to happen. Liverpool had such bad luck last night that I couldn’t even eat. Okay, that’s an exaggeration. I ate my noodles, but I didn’t finish it because I’m heart broken.

And truth is that I am not even a fan. That’s right, I’m a Gunner for ever, but you see, this damn football club called Liverpool took my Arsenal out of the Champions League, and if they could do that then they should win the others.

Liverpool had bad luck right from the first leg, when Riise put them behind with an own goal. Then that penalty of yesterday was just so fucked.

Why did Liverpool have to break my heart this way? Couldn’t they take the lead from Tottenham? During the Carling Cup semi, Tottenham had the audacity to take out Arsenal with 4 fucking goals to one. That done, they knew they had responsibilities, which was to beat Chelsea during the finals.

You see, they didn’t fail me. They knew, that to take Arsenal out of a competition, then all eyes would be on them to win, and that was exactly what they did.

Fuck Liverpool. I am not a fan, but I wanted you to win and humble the Blues. You just weren’t Brave yesterday. No you were not.

I don’t even know why I have to love football. What sport apart from shopping are girls really crazy about? Somebody please help me discover it, because this football is becoming something else, and I don’t want to die young.

I remember once admiring Wigan and Reading. I better find out about them since we are all hustlers, and their failures wouldn’t break my heart.

Oh! Just damn it. All these players who won’t do what I want. I hope Man United trash the living hell out of Chelsea.

What do I even care anyway? All these players and fucking competitions are heart breakers. They are just like men.

PS: added on May 2nd. Yesterday I discovered I'd been tagged. Not funny. My head dey hot, so I dey do serious thinking before I do that post. God help me.