March 13, 2017
Maryam Elisha, CEO of Rikaoto by ME, escaped the clutches of death yesterday, March 13th, when her Mercedes Benz G-Wagen caught fire on the Eko Bridge, Lagos. 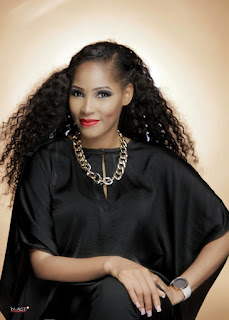 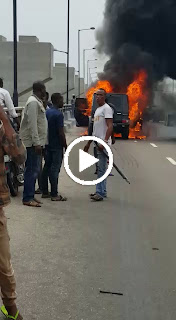 The fire was first noticed by other road users, who called her attention to it just as she climbed the bridge. Miss Elisha, who confirmed this incidence on the phone, said that she tried to stop the car immediately, but the brakes failed. “When the car eventually started to slow down, I put it on park and tried to open the door, which wouldn’t open until people came to my aid and helped me out before the fire spread everywhere,” she said.
The incident which resulted in a bit of traffic happened around 3:00PM, and was caught on video by Miss Elisha herself.
The designer of red carpet and pageantry dresses is doing okay and very thankful for life.
Miss Elisha, a friend of the house, was on the cover of our Drive Magazine, August edition, 2016. The entire Zayzee team, felicitate her on her safety.